Cyber thieves have hacked the tax returns of over 100,000 taxpayers, resulting in over $50 million in stolen tax refunds.

According to a CNN report (http://www.cnn.com/2015/05/27/politics/irs-cyber-breach-russia), the IRS suspects Russian hackers.

The Criminal Investigation Unit of the IRS is investigating the possibility that Russian crime syndicates were involved. 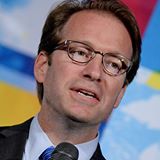 Rep. Peter Roskam (R.-Ill.), chairman of a House committee with IRS oversight, told CNN that hackers “went in the front door of the IRS and unlocked it with the key.”

Rep. Peter Roskam (R-Ill.) told CNN that the IRS website wasn’t hacked; instead, the thieves used taxpayers’ personal information obtained elsewhere. Using the stolen identities, they “went in the front door of the IRS and unlocked it with the key.”

The Treasury Inspector General for Tax Administration is also looking into the incident, and the Department of Homeland Security has also been alerted. Additionally, the FBI announced on Thursday that it has opened an investigation.

The IRS has posted a Youtube video with tips on what to do if you believe you’ve been the victim of an identity theft:
https://www.youtube.com/watch?v=yB8RtjHSpZw&index=5&list=PL388D1AC3B539E4F1

With more and more business being transacted online, identity theft is a growing threat for individuals and businesses everywhere. The IRS lists some basic tips on how you can protect your identity: https://www.youtube.com/watch?v=nOt7U23n5lc&list=PL388D1AC3B539E4F1&index=4