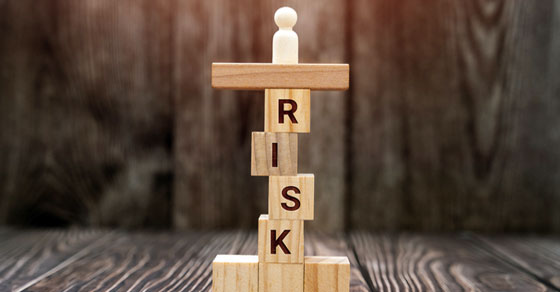 There’s a harsh tax penalty that you could be at risk for paying personally if you own or manage a business with employees. It’s called the “Trust Fund Recovery Penalty” and it applies to the Social Security and income taxes required to be withheld by a business from its employees’ wages.

Because taxes are considered property of the government, the employer holds them in “trust” on the government’s behalf until they’re paid over. The penalty is also sometimes called the “100% penalty” because the person liable and responsible for the taxes will be penalized 100% of the taxes due. Accordingly, the amounts IRS seeks when the penalty is applied are usually substantial, and IRS is aggressive in enforcing the penalty.

The Trust Fund Recovery Penalty is among the more dangerous tax penalties because it applies to a broad range of actions and to a wide range of people involved in a business.

Here are some answers to questions about the penalty so you can safely avoid it.

What actions are penalized?

The Trust Fund Recovery Penalty applies to any willful failure to collect, or truthfully account for, and pay over Social Security and income taxes required to be withheld from employees’ wages.

Who is at risk?

The penalty can be imposed on anyone “responsible” for collection and payment of the tax. This has been broadly defined to include a corporation’s officers, directors, and shareholders under a duty to collect and pay the tax as well as a partnership’s partners, or any employee of the business with such a duty. Even voluntary board members of tax-exempt organizations, who are generally exempt from responsibility, can be subject to this penalty under some circumstances. In some cases, responsibility has even been extended to family members close to the business, and to attorneys and accountants.

According to the IRS, responsibility is a matter of status, duty, and authority. Anyone with the power to see that the taxes are (or aren’t) paid may be responsible. There’s often more than one responsible person in a business, but each is at risk for the entire penalty. You may not be directly involved with the payroll tax withholding process in your business. But if you learn of a failure to pay over withheld taxes and have the power to pay them but instead make payments to creditors and others, you become a responsible person.

Although a taxpayer held liable can sue other responsible people for contribution, this action must be taken entirely on his or her own after the penalty is paid. It isn’t part of the IRS collection process.

For actions to be willful, they don’t have to include an overt intent to evade taxes. Simply bending to business pressures and paying bills or obtaining supplies instead of paying over withheld taxes that are due the government is willful behavior. And just because you delegate responsibilities to someone else doesn’t necessarily mean you’re off the hook. Your failure to take care of the job yourself can be treated as the willful element.

Under no circumstances should you fail to withhold taxes or “borrow” from withheld amounts. All funds withheld should be paid over to the government on time. Contact us with any questions about making tax payments. 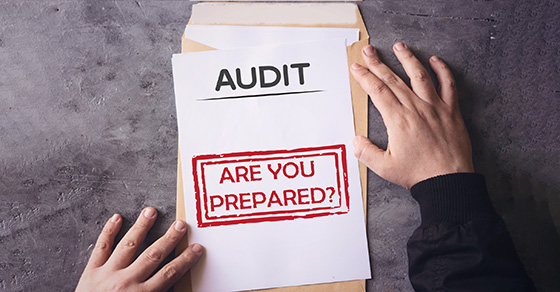 The IRS just released its audit statistics for the 2020 fiscal year and fewer taxpayers had their returns examined as compared with prior years. However, experts believe IRS audits may be increasing. Even if a small percentage of returns are being chosen for audit these days, that will be little consolation if yours is one of them.

These are among the lowest percentages of audits conducted in recent years. However, the Biden administration has announced it would like to raise revenue by increasing tax compliance and enforcement. In other words, audits may be on the rise in coming years.

Even though fewer audits were performed in 2020, the IRS will still examine thousands of returns this year. With proper planning, you may fare well even if you’re one of the unlucky ones.

The easiest way to survive an IRS examination is to prepare in advance. On a regular basis, you should systematically maintain documentation — invoices, bills, canceled checks, receipts, or other proof — for all items reported on your tax returns.

It’s possible you didn’t do anything wrong. Just because a return is selected for audit doesn’t mean that an error was made. Some returns are randomly selected based on statistical formulas. For example, IRS computers compare income and deductions on returns with what other taxpayers report. If an individual deducts a charitable contribution that’s significantly higher than what others with similar incomes report, the IRS may want to know why.

Returns can also be selected if they involve issues or transactions with other taxpayers who were previously selected for audit, such as business partners or investors.

The government generally has three years within which to conduct an audit, and often the exam won’t begin until a year or more after you file your return.

The scope of an audit depends on the tax return’s complexity. A return reflecting business or real estate income and expenses will obviously take longer to examine than a return with only salary income.

Important: Even if your chosen for audit, an IRS examination may be nothing to lose sleep over. In many cases, the IRS asks for proof of certain items and routinely “closes” the audit after the documentation is presented.

It’s advisable to have a tax professional represent you at an audit. A tax pro knows the issues that the IRS is likely to scrutinize and can prepare accordingly. In addition, a professional knows that in many instances IRS auditors will take a position (for example, to disallow certain deductions) even though courts and other guidance have expressed contrary opinions on the issues. Because pros can point to the proper authority, the IRS may be forced to concede on certain issues.

If you receive an IRS audit letter or simply want to improve your recordkeeping, we’re here to help. Contact us to discuss this or any other aspect of your taxes.