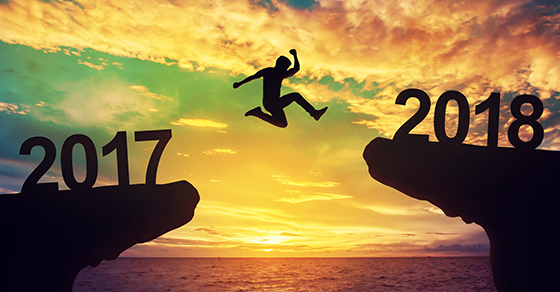 The pieces of tax legislation garnering the most attention these days are the Tax Cuts and Jobs Act (TCJA) signed into law last December and the possible “Tax Reform 2.0” that Congress might pass this fall. But for certain individual taxpayers, what happens with “extenders” legislation is also important.

Back in December of 2015, Congress passed the PATH Act, which made a multitude of tax breaks permanent. However, there were a few valuable tax breaks for individuals that it extended only through 2016. The TCJA didn’t address these breaks, but they were retroactively extended through December 31, 2017, by the Bipartisan Budget Act of 2018 (BBA), which was signed into law on February 9, 2018.
Now the question is whether Congress will extend them for 2018 and if so, when. In July, House Ways and Means Committee Chair Kevin Brady (R-TX) released a broad outline of what Tax Reform 2.0 legislation may contain. And he indicated that it probably wouldn’t include the so-called “extenders” but that they would likely be addressed by separate legislation.

Under the BBA, through 2017, you could treat qualified mortgage insurance premiums as interest for purposes of the mortgage interest deduction. This was an itemized deduction that phased out for taxpayers with an adjusted gross income (AGI) of $100,000 to $110,000.
Likewise, the BBA extended through 2017 the exclusion from gross income for mortgage loan forgiveness. It also allowed the exclusion to apply to mortgage forgiveness that occurs in 2018 as long as it’s granted pursuant to a written agreement entered into in 2017. So even if this break isn’t extended, you might still be able to benefit from it on your 2018 income tax return.

Also available through 2017 under the BBA was the above-the-line deduction for qualified tuition and related expenses for higher education. It was capped at $4,000 for taxpayers whose adjusted gross income (AGI) didn’t exceed $65,000 ($130,000 for joint filers) or, for those beyond those amounts, $2,000 for taxpayers whose AGI didn’t exceed $80,000 ($160,000 for joint filers).
You couldn’t take the American opportunity tax credit (AOTC), its cousin, the Lifetime Learning credit, and the tuition deduction in the same year for the same student. If you were eligible for all three breaks, the AOTC would typically be the most valuable in terms of tax savings.
But in some situations, the AGI reduction from the tuition deduction might prove more beneficial than taking the Lifetime Learning credit. For example, a lower AGI might help avoid having other tax breaks reduced or eliminated due to AGI-based phaseouts.

There’s still plenty of time for Congress to extend these breaks for 2018. And, if you qualify and you haven’t filed your 2017 income tax return yet, there’s even still time to take advantage of these breaks on that tax return. The deadline for individual extended 2017 returns is October 15, 2018. Contact us with questions about these breaks and whether you can benefit.